How to use a VPN to Watch Netflix?

Home » How to use a VPN to Watch Netflix? 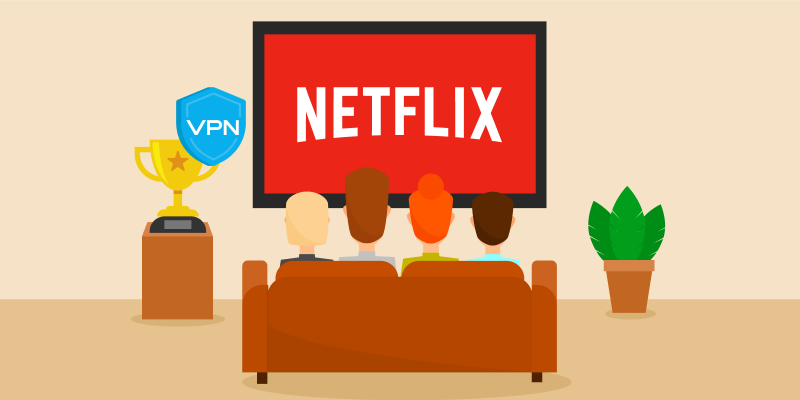 Did you know Netflix decides what you can and can’t watch based on where you’re located? The streaming giant has 191 different media libraries, one for each of the countries where its service is available. And even if you have a Netflix US account, as soon as you log in while traveling abroad, Netflix limits you to the local selection only.

This is, understandably, very frustrating for most of us. But this is were a VPN for Netflix can unlock huge amounts of previously geo-restricted content.

We’re all paying full-price for our Netflix subscriptions (well, unless you’re borrowing a friend’s login details), but we’re not exactly getting the full service.

So what can we do about it?

In this guide, we’ll show you how to watch Netflix with a VPN – regardless of your location.

Why Aren’t All Netflix Regions the Same?

Although Netflix has been creating its own shows and movies over the past few years, a lot of the content they host is sourced from other production companies.

Netflix needs to get permission – in the form of distribution rights – before they can stream a show or movie. 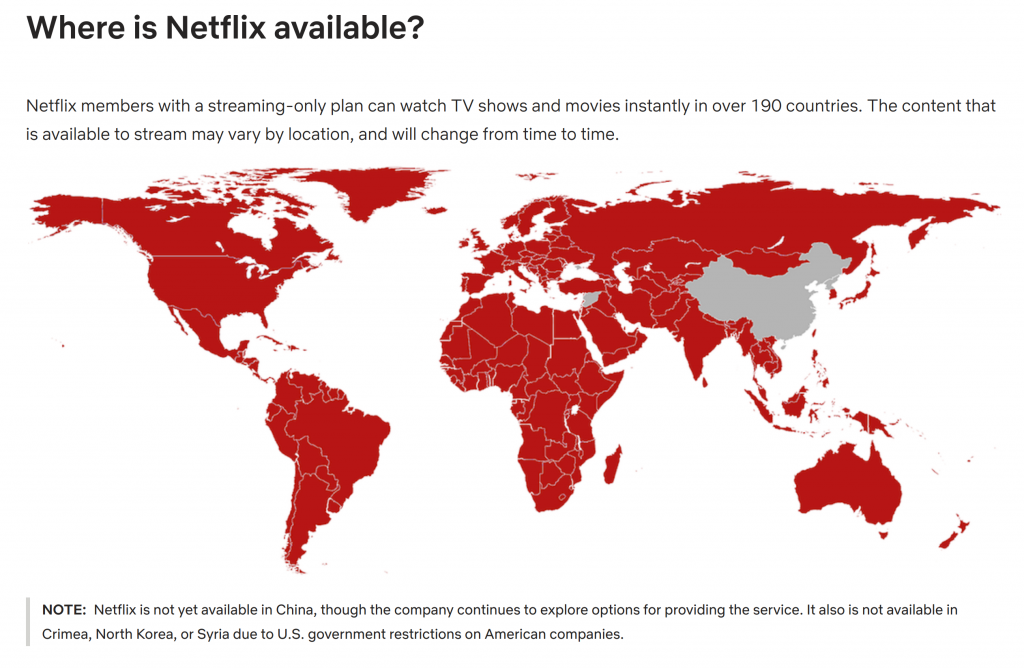 Production companies continue to offer exclusive distribution deals, allowing specific networks to have a monopoly on content in their country.

This means if a network company in the region already owns that exclusive distribution right, Netflix can’t stream that particular show or movie in the country.

Many people feel this is an outdated business practice. Netflix actually agrees, and has been pushing for global distribution rights instead. But in the meantime, they use geoblocking to limit content availability.

How Can I Use a VPN to Watch Netflix?

Using a Virtual Private Network (VPN) will change your IP address to that of their server – which means you can fool Netflix’s geoblocking database into thinking you’re in another country.

The caveat: this means fewer people pay to watch the content their local networks make available. And that loss of revenue makes the networks less willing to pay for exclusive distribution deals.

So the production companies put pressure on Netflix to stop allowing members to “cheat” with a VPN.

Netflix responded by introducing the use of proxy detection software.

Once the system is certain a particular IP belongs to a VPN, it adds the IP address to a blacklist preventing anyone from using it to stream Netflix content.

Every time Netflix adds a VPN server to the list of banned IP addresses, the provider needs to buy a new one.

This becomes prohibitively expensive for them to do, especially if they can’t afford optimized servers more capable of going unnoticed by the proxy detection software.

But there are still some VPN providers that work with Netflix. We’ve got a full guide on the best Netflix VPNs that unlock even more TV shows and movies.

If you decide to look at other options though, here’s what a good Netflix VPN will have to offer:

After choosing the best VPN service proven to work with Netflix, you need to pay for a subscription (see also: Using a Free VPN to Watch Netflix). If the VPN offers a free trial, give it a test run before committing. Otherwise, make sure it has a money-back guarantee.

The next step is installing the VPN app onto your computer, smartphone, and/or router. This will depend on how you plan on watching Netflix, as well as the apps a VPN offers.

Most VPN apps are really easy to install. You just download the file, open it, and the installation process will run by itself.

The VPN provider will also have installation guides available on their website. But if you have any difficulties, you can ask their live chat for technical assistance.

Step 3: Connect to a VPN Server

Once the installation process is complete, open the app and sign-in using your VPN account details (usually your email address and password).

Some VPNs will mark servers optimized for Netflix in their apps. If not, contact their live support for suggested servers in the region you want to access.

After finding a server that will work, click on it to connect.

After the VPN lets you know you’re connected, you can log into your Netflix account. If the VPN server is working, you’ll be able to stream any content available.

That said, sometimes you might still get the proxy detection error. If this happens, head back to Step 3 and try again.