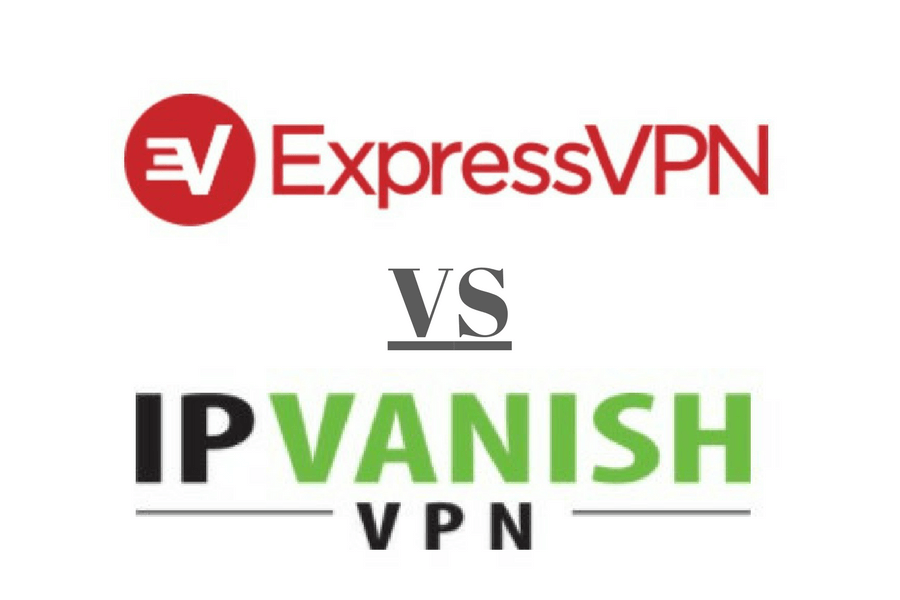 When it comes to finding a good Virtual Private Network (VPN) you can trust, it’s easy to get overwhelmed by the sheer number of providers flooding the market.

But maybe you’ve managed to narrow it down to ExpressVPN vs. IPVanish and are simply stuck on which one to choose!

Your online privacy is incredibly important. So making sure you make the right choice is absolutely vital. This is why we’ve put together this head-to-head comparison.

Hopefully, by getting a better understanding of the differences (large and small) between ExpressVPN and IPVanish, you’ll have an easier time of finding the right VPN.

This is also what The VPN Shop is all about – We love to compare VPNs and give you the power to make informed decisions that answer your personal needs instead of trying to sell you a VPN that we chose to meet our needs!

Life moves quickly in today’s day and age. And even though making sure you do lots of research (including reading the privacy policy) is important, sometimes we don’t have the time to read through lengthy guides.

So before you start legally streaming a new movie you’ve just heard about for the first time, here’s a snapshot of some important ExpressVPN vs. IPVanish details you need to know.

Longevity and success don’t always go hand-in-hand. But ExpressVPN has certainly used their years of experience to become an industry giant.

There’s a dark side to longevity and success, however. Competitors skulk like vultures, looking for anything to exploit.

And in the VPN industry, even the slightest hint of controversy can get blown up, with competing providers happily using their affiliate programs to bribe compromised VPN review sites.

We put a lot of effort in doing our own research and take a firm stance against allowing anyone to influence our reviews.

So we were already aware that even though ExpressVPN advertises itself as being based in the British Virgin Islands (BVI), the provider has offices in Hong Kong.

This is a big discrepancy.

BVI is one of the best locations for a company, especially a VPN. It’s totally separate out of the jurisdiction of the 5/9/14 Eyes Alliance.

The same cannot be said for Hong Kong, which is a Chinese Territory. And that means it’s technically part of the Shanghai Cooperation Program, another global surveillance coalition.

Here’s the thing, though: ExpressVPN does seem to be registered in BVI and it’s not unusual for businesses (including VPN providers) to have offices scattered around the globe.

ExpressVPN also has a solid no-logs policy and has even passed several independent security audits with flying colors.

Their suite of security and privacy features only adds to the allure. Plus, they have a large server network of 3,000+ servers in 94 countries, all of which contributes to their reputation as one of the best overall VPN services.

IPVanish is another well-established provider that’s really made a name for itself over the past several years. And that’s despite being based in the US, one of the two countries responsible for forming the 5/9/14 Eyes Alliance as far back as World War II!

Their location isn’t the only controversy leaving a bad taste in the privacy industry’s collective mouths, however. In fact, the bigger issue is actually a prime example of why we (and others) typically recommend avoiding VPNs in 14 Eyes jurisdictions…

Back in 2016, IPVanish’s parent company handed user data over to the authorities. Homeland Security approached them asking for a user’s information as part of an investigation, and the company actually told them exactly how to present their request so IPVanish would be legally obligated to comply.

The VPN Shop does not endorse or encourage readers to engage in criminal activities, let alone use a VPN to do so.

VPNs are a tool for combating invasive advertising and overreaching government surveillance and should not be abused. However, a provider that hands user data to anyone for any reason cannot be trusted.

The good news is in 2017, long after the Homeland Security debacle, IPVanish was sold. As the new owners, StackPath tightened everything up and turned a new leaf in the provider’s book.

So IPVanish has gone from one of the least trustworthy VPNs to one you can rely on.

One of the areas they still fall a little short is in only having 1,500+ servers – about half as many as ExpressVPN – in 75+ countries.

However, this is still enough to keep IPVanish in our good books so far.

Perhaps the TL;DR version helped to solidify a final decision for you.

But don’t count either ExpressVPN or IPVanish out of the running just yet! There are 3 important factors to consider, so let’s put the providers head-to-head with a more direct comparison.

1. How Good Are They For Streaming?

Well, the reason it was only half a joke is getting around geo-location blocks to stream content not available in your own country is one of the most popular reasons people use a VPN in the first place.

Once upon a time, any real VPN would work for streaming. But in 2016, Netflix introduced a new method for blocking their subscribers from using a VPN or a proxy to get through their geo-location blocks.

Pretty soon, all legal streaming services started using similar technology. So now, the number of VPNs that work for beating this kind of censorship is much lower than VPN advertising suggests.

ExpressVPN and IPVanish are both still good examples of streaming VPNs. With that said, they aren’t standing on equal ground.

IPVanish struggles a little. They’ve tightened up their game in the past year, so you’ll still be able to stream Netflix and Kodi content without many hiccups. But when it comes to BBC iPlayer, a UK-exclusive streaming platform, you’re out of luck.

By contrast, ExpressVPN is one of the best Netflix VPNs. The same can be said for BBC iPlayer, Kodi, and even Disney+. Practically the only area ExpressVPN drops the ball somewhat is in not clearly marking which servers have been optimized for streaming.

Most of the servers will work, but there’s always the risk you might end up having to try a couple first.

All told, not working at all for one of the most popular streaming platforms in the world puts IPVanish below ExpressVPN in this category.

Being able to unblock content is one thing. Making sure your VPN doesn’t slow your internet connect down too much is a whole different ball game.

When it comes to streaming and getting past censorship in general, it’s almost entirely thanks to things the provider is able to control, given the right resources. But VPN speed is a far more complex issue… and sometimes, it’s the customer that makes it worse.

This is because there are a lot of different factors that impact the kind of speed you get while using a VPN.

Those in the provider’s control include making sure they have fast, secure VPN protocols available and a large server network for customers to use (the more servers, the less likely users are to have to share the same one, which can lead to network overload).

But the user has to choose the right protocols and connect to the right servers – which also means choosing servers as close to their own physical location as possible. Your original internet speed and the quality of your connection also affect your VPN speed.

Because we review VPNs, we’ve put time and effort into figuring out the best way to get the most subjective speed analyses possible. This way, we can compare VPN speeds fairly.

However, bear in mind it’s still very subjective. You might end up having a totally different experience!

For what it’s worth, both ExpressVPN and IPVanish are among the fastest VPNs we’ve had the pleasure of testing (though neither takes the cake). With ExpressVPN, our original speed only dropped by 5.6%.

IPVanish is only the barest hint slower with a 6.4% speed reduction.

Both speeds are very impressive. Depending on what online activities you’re engaging with, you aren’t likely to notice the speed reduction at all unless you purposefully test them!

Privacy, speed, and usability are easily the 3 most important factors that should define your choice in VPN. Unfortunately, we live in a world where money matters – so often, affordability ends up playing just as big of a role.

Here’s how ExpressVPN and IPVanish shape up:

No matter which way you look at it, IPVanish is the cheaper VPN. Even if you sign-up for their 3-month subscription plan twice in a row, it’s going to cost you slightly less than if you had chosen the 6-month term from ExpressVPN.

Bear in mind you pay for what you get.

If you can afford the extra $2.95 every month (or $5,97 every 6 months), ExpressVPN does offer more bang for your buck in terms of features, usability, and speed. It’s really only with the 1-year subscription plans that IPVanish is significantly cheaper.

ExpressVPN vs. IPVanish: Is There a Winner?

Once again, we have to repeat there’s no such thing as an objectively “best” VPN. This is certainly true when comparing VPNs as a whole, but also when putting two Top 10 providers head-to-head.

If you’re still on the fence and want to make absolutely sure the extra cost is (or isn’t) worth it for you, we recommend taking some extra time to read the in-depth reviews of each provider.

We’ve packed all of the information you should need into this guide, but the full reviews cover more of the subtle differences that may end up swaying your personal vote.

This is because at the end of the day, it’s still up to you to decide which VPN suits your needs the best! We trust this guide helps you make that an informed decision.