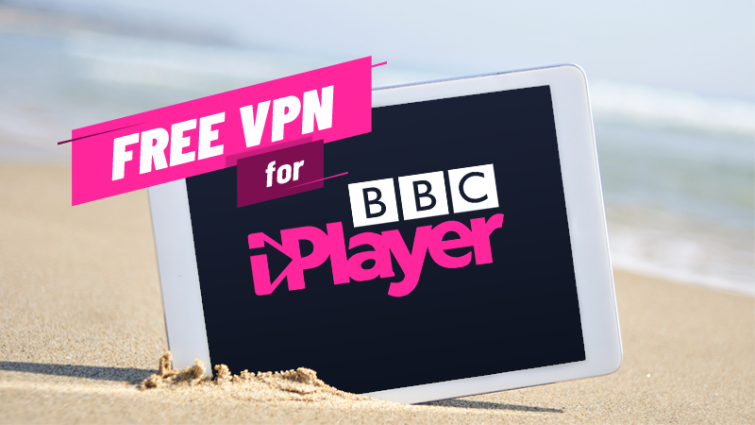 If you’re looking for a free VPN to help you watch BBC iPlayer content from abroad, you’re almost out of luck.

The BBC has long been considered one of the best broadcasting services in the world. Understandably, the iPlayer streaming service is just as popular, offering some of the best movies, series, and even live sports available online!

But BBC iPlayer gets its income through UK TV license fees – so if you’re not in the UK, you need a VPN to get around their geolocation blocks. And unfortunately, there aren’t many free VPNs up to the task.

Don’t despair, however – because we have a few tricks up our sleeve!

What to Look For in a BBC iPlayer VPN

Before we take a look at our best BBC iPlayer VPN recommendations (and the reasons you should be avoiding free VPNs if possible), let’s talk about the things you should be looking for when choosing a VPN:

Unfortunately, expecting any free VPN to tick all of these boxes is highly unrealistic.

But there are 2 that come as close as possible!

Our guidelines for finding the best free VPNs you can trust are:

Using these criteria, the only 2 free VPNs we could find that work with BBC iPlayer are:

Some review sites in the VPN comparison industry have longer lists. You might be looking at ours and thinking we’re cheating you out of other viable options!

But the 2 VPNs we listed above really are the only free BBC iPlayer VPNs you can actually trust. And that’s already 1 more than we were able to confirm previously!

Other free VPNs – including those other review sites are pushing – have at least one, usually more, of the following issues:

Ultimately, if you’re going to use a free VPN at all, it should be considered a short-term solution.

If you live in the UK but are looking for a short-term solution, then a far better option is to take advantage of free trials and money-back guarantees. But this will only work if you need a VPN short-term, as you’ll run out of reliable providers eventually!

If your plan is to upgrade to a premium VPN at a later stage anyway, then we recommend the following best VPNs for iPlayer:

However, if you’re really only in it for the short-term, bear in mind these money-back guarantees come with some limitations.

For example, some are only valid if you’ve stayed under the bandwidth limit. Others require you to discuss any technical issues you’ve experienced with the provider’s support team.

The ones we’ve recommended, however, aren’t only the best VPNs for BBC iPlayer – they also have fair money-back guarantee terms and conditions!

But remember to read through those ts&cs first to make sure you don’t lose any money you need refunded.

Hopefully, you understand why we don’t really recommend using a free VPN. But every rule has its exception – and for us, it’s using free VPNs as a short-term solution!

Ultimately, the Windscribe freemium option is our best recommendation. But you’ll still want to opt for one of the best VPN services with a money-back guarantee if you can.

Be sure to use our free VPN comparison tool to find the right VPN to match your needs!