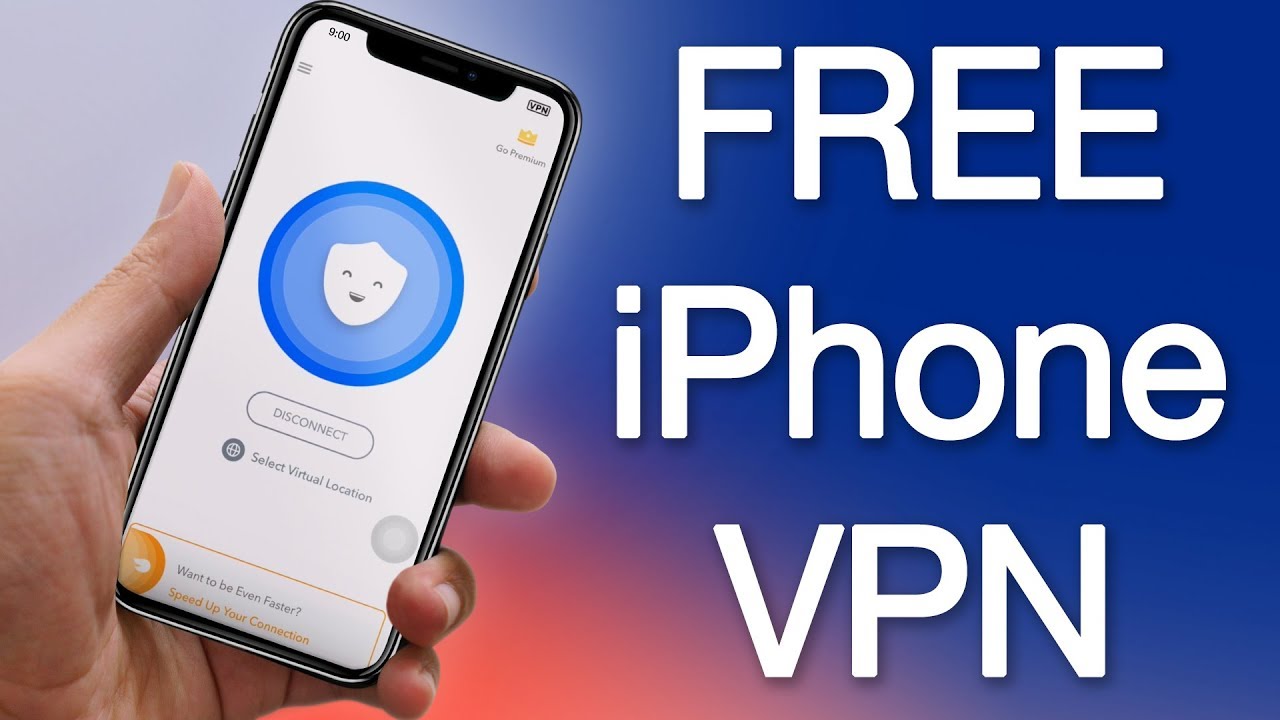 If you’ve got an iPhone, then you might think you don’t need to worry about using a VPN. You’d be completely wrong, unfortunately: iPhone users are just as vulnerable to cyberattacks as Android users are!

Where you definitely do have an advantage is when it comes to the iphone VPN apps available in the Apple App Store. Because Apple has much stricter regulations than Google does, there aren’t as many fake options that simply download malware onto your iPhone.

But that doesn’t mean you can install just any free iPhone VPN app.

What to Look For in an iPhone VPN

Before we take a look at our best iPhone VPN app recommendations (or even the reasons you should ideally be avoiding free VPNs), let’s talk about the things you should be paying attention to when on the market for a VPN:

Unfortunately, expecting any free VPN to tick all of these boxes is highly unrealistic.

With that said, we did manage to identify a few passable options.

The Best Free VPN for iPhone

Our guidelines for finding the best free VPNs you can trust are:

Using these criteria, we can recommend the following providers:

Why You Shouldn’t Rely on a Free VPN for iPhone

Many VPN review sites have much longer lists. You might be looking at ours and thinking we’re cheating you out of other viable options!

But the truth is, the 4 VPNs we listed above are the only free iPhone VPNs you can actually trust. The others – including those other review sites are pushing – have at least one, typically more, of the following issues:

You’ve already spent a lot of money buying yourself an iPhone. Don’t risk messing it up by choosing a dangerous VPN app!

Ultimately, if you’re going to use a free VPN at all, it should be considered a short-term solution.

Ideally, if you’re in a short-term bind, then the best option is to take advantage of free trials and money-back guarantees. These will only work if you need a VPN short-term, though, because eventually you’ll run out of reliable providers!

If your plan is to upgrade to a premium VPN at a later stage anyway, then we recommend the following best VPNs for iPhone:

Bear in mind money-back guarantees usually have terms and conditions attached! In some cases, that includes bandwidth limits.

Remember to read through those terms and conditions first to make sure you don’t lose money you were planning on having refunded.

As we hope you can appreciate, using a free VPN isn’t ever really recommended. But it certainly is a good short-term solution!

Ultimately, the Windscribe freemium option is our best recommendation. But you’ll still want to opt for a premium VPN with a money-back guarantee if you can.

Be sure to use our VPN comparison tool to find the right VPN to install on your iPhone!