The Best 3 Free VPN for Torrenting 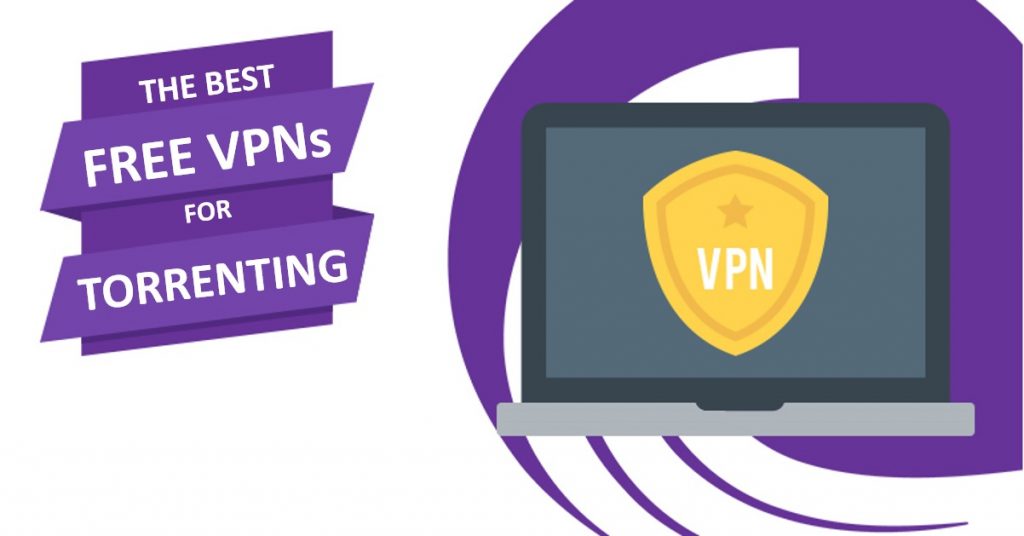 You just realized the most effective way to share big files with your colleagues and clients is by torrenting them on a P2P network.

But you also know there are security concerns and you should always use a VPN when torrenting. Unfortunately, you can’t afford a VPN right now or maybe you just want to “try before you buy”… and finding the best free VPN for torrenting seems next to impossible.

Well, it’s certainly difficult, but the good news is it isn’t impossible after all! We have compared 100’s of VPNs and found the best 3 free torrenting VPNs.

Why Do I Need a VPN for Torrenting?

We know what you’re thinking: I’m only going to be using torrents for sharing files I either legally own or am receiving from the copyright holder. So why should I worry about using a VPN?

While we certainly do encourage you to only use torrenting for its legal applications, the truth of the matter is there’s a lot of gray area.

Even if you’re only engaging in legal torrenting, if you find yourself needing to use any publicly accessible torrent sites, law enforcement could come after you. And they’ll likely use the “guilty by association” argument.

After all, the site you’re using is being used for illegal activity. Even if you aren’t one of those users, you’re still participating in the site’s use.

That’s because it is. The legal system is purposefully confusing, especially in the US (where it’s estimated the average citizen unwittingly commits 3 felonies a day).

But law enforcement and the government snooping on your online activities isn’t the only reason you need to use a VPN while torrenting.

You also need to worry about other users on the same P2P network. After all, while torrenting, part of your computer is accessible to any other user with the technical know-how.

A VPN gets in the middle by encrypting your data in transit and masking your IP address. Without one, you’re totally exposed.

Is It Safe to Use a Free VPN for Torrenting?

Short answer, no. Long answer, it depends on the free VPN you’re using.

Most of the free VPNs out there fall under at least 1, more often multiple, of the following categories:

These are all good reasons for using a premium VPN instead of a free one in general!

However, there are a few free VPNs that are safe and reliable. While not all of them are suitable for torrenting, we’ll introduce you to the best free VPNs available.

What is the Best Free VPN for Torrenting?

Finding a free VPN you can trust is admittedly difficult. As a quick reminder, our guidelines for doing so are:

With these guidelines in mind, here are our suggestions for the best free torrenting VPN.

Windscribe is a freemium VPN provider, so you can use the free version until you’re able to upgrade to the premium version instead.

You might want to do so sooner than later however, as there are limitations that make torrenting somewhat difficult.

Windscribe’s free version has a bandwidth cap of only 10GB per month. You can get an extra 2GB by talking about the provider on Twitter, but even so – you’re going to find your torrenting activities are severely limited by this data cap!

Tunnelbear admittedly doesn’t have the greatest of freemium options. You only get 500MB of data every month!

Still, if all you’re doing is torrenting some documents and photos – you know, legal file-sharing – then you might find this is enough for you. And, similar to Windscribe, the company will give you some bonus data if you Tweet about them: 1GB a month.

Tunnelbear isn’t in our personal top 10, but if you’re looking for a short-term free VPN for torrenting, it’s a solid choice.

If you do decide to go with Tunnelbear, we recommend using the servers in Canada, Romania, or the Netherlands for torrenting.

Third, we have Speedify.

Speedify is not an ideal option for many reasons, but it is one of the few free VPNs relatively safe for torrenting with. You’ll only get 2GB of bandwidth every month before they start charging you… and their encryption standards are not up to scratch (128-bit AES rather than 256-bit).

The provider also has some invasive logging policies that make them more suitable as a last resort.

Remember our 3 general guidelines for finding a free VPN for torrenting?

Unfortunately, they narrow the scope quite drastically – to the point where the third option (Speedify) barely scraped through.

So we need to add another option:

This opens up a world of opportunity, but once again there are some limitations.

For starters, you need to pay upfront for a VPN with a money-back guarantee. Those guarantees sometimes impose bandwidth caps as well.

Still, here’s a quick list of our best torrenting VPNs with a money-back guarantee:

Ultimately, it’s not recommended you ever use a free VPN for torrenting. But if you’re in a bind, a freemium option like Windscribe is your best short-term solution.

At the end of the day, though, it’s still going to be far better if you use an affordable, reliable premium VPN instead.  Be sure to check out our best VPN services guide to find the right VPN to suit your individual needs and take advantage of their 30-Day moneyback guarantees.