The Best 7 Free VPN for Windows 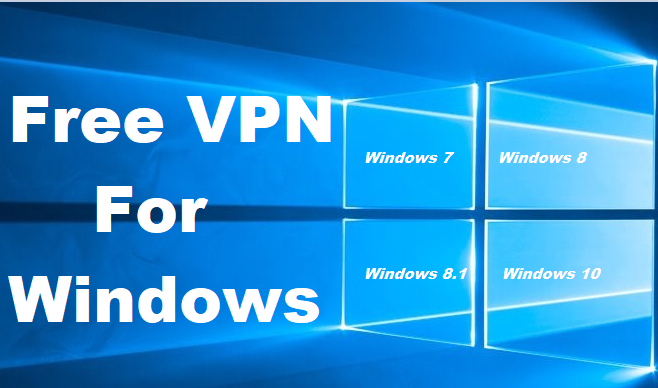 So you know it’s always a good idea to use a VPN, but you don’t have enough money to pay for one of the best VPNs right now. You take a look at the Microsoft Store and find dozens of free VPNs for Windows – how do you choose the right one?

If you’ve found yourself asking this question, then you’re in the right place to find the answer!

Granted, you shouldn’t really be using a free VPN on your Windows computer to begin with. But when you’re in a pinch, even a relatively cheap provider can seem beyond your means. So rather than let you expose yourself to dangerous frauds, we’ve put together a list of our best recommendations you can trust.

What to Look For in a Windows VPN

Before we take a look at our best free VPN recommendations for Windows (and why you should preferably be avoiding even these), let’s talk about what to look for in a VPN when you’re on the market:

Unfortunately, most free VPNs fall far short of this standard. In fact, expecting even one of them to do so is highly unrealistic – and if the provider claims their free VPN does tick all of these boxes, you’ll know for sure they’re a dangerous scam!

Luckily, there are 7 free VPNs for Windows that come as close as possible to meeting all of the most important requirements.

The Best Free VPN for Windows

Our guidelines for finding the best free VPN you can trust are:

Using the above criteria, these are 7 free VPNs that work with Windows:

Why You Shouldn’t Rely on a Free VPN for Windows

Others in the VPN comparison industry have much longer lists, so you’d be forgiven for thinking we might be cheating you of variety!

But the VPNs we listed above really are the only free Windows VPNs you can trust, based on our objective review process.

Other free (and fremium) VPNs – including those other VPN sites are pushing, like Hide.Me and Opera VPN – have several of the following issues:

If you really are looking for a nothing more than a short-term solution, then a far better option is to take advantage of free trials and money-back guarantees. Just bear in mind that you’ll run out of reliable providers eventually!

If your plan is to upgrade to a premium VPN at a later stage anyway, then we recommend the following best VPNs for Windows:

However, if you’re really only in it for the short-term, bear in mind these money-back guarantees often come with some restrictions.

Be sure to read through the ts&cs first to make sure you don’t lose any money you need refunded!

Hopefully, you understand why we don’t really recommend using a free VPN. But every rule has its exception – and for us, it’s using free VPNs as a short-term solution!

Be sure to use our free VPN comparison tool to find the best VPN service to match your needs!