What Is The Fastest VPN?

If you’re looking for a quick reference guide on the fastest VPNs, you’re in the right place.

One of the most important things to consider when choosing a VPN is its speed. However, the provider’s privacy policy, the encryption standards used, and VPN protocols in place should take higher priority.

This is why we aren’t simply going to give you a list of the fastest VPNs.

We’ve ranked them according to their speed score and taken other factors (like security) into consideration as well. This way, you don’t end up choosing a dodgy VPN simply because it’s fast!

This also means the top 10 fastest VPNs are premium options, so you need to pay a subscription fee to use them.

Free VPNs generally aren’t trustworthy, as they skip too many important features, impose limitations on the service, and often have dodgy privacy policies and/or contain malware.

But don’t worry – we found 1 trustworthy VPN that’s fast and available for free. Stick around if you want to know more, including how we test VPN speeds for our reviews!

What Does “VPN Speed” Mean?

Simply put, VPN speed is how fast your internet connection is while connected to a VPN.

It’s useful to separate the two for a number of reasons, but the basic explanation is using a VPN is always going to result in a slower connection.

Some VPN providers and (fake) reviews claim using a VPN can actually make things a little faster. Their usual explanation is your VPN speed is independent of your normal internet speed, so a VPN will completely overcome any bandwidth throttling your ISP put in place.

None of this is actually true.

Your VPN speed’s base is always going to be your regular connection speed, though there is a small exception here (more on that later). So even if you’re able to get a little speed boost, there are many other things affecting VPN speed, resulting in an overall decrease.

Ideally, though, that speed loss should be so small that without testing and comparing speeds properly, you shouldn’t be able to notice it.

What Makes One VPN Faster Than Another? 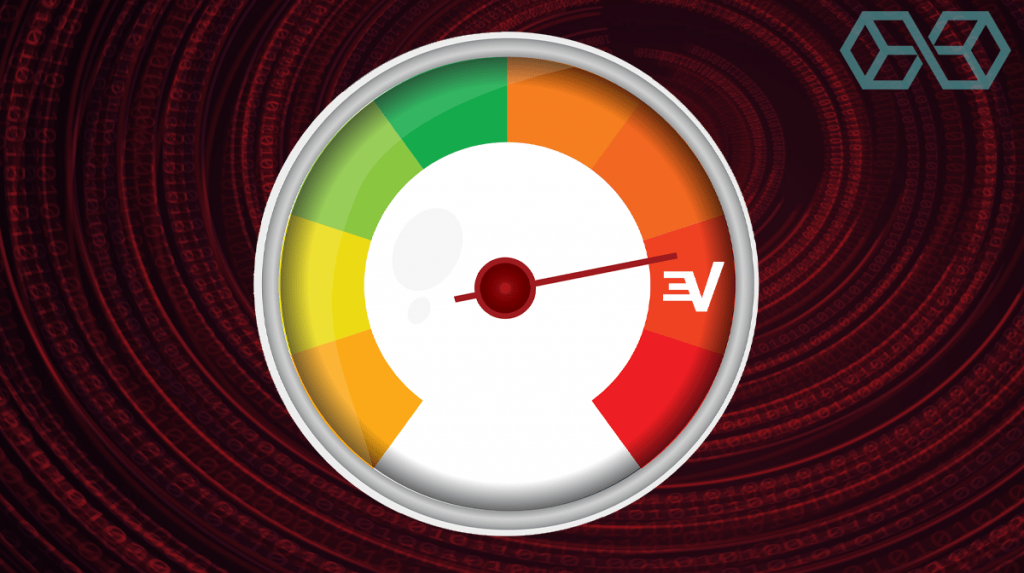 This is where those “other things that affect VPN speed” come into play. Some of them can be very specific to your choice of VPN, while others are basically completely independent of this choice.

Curious? Let’s go through them all!

If your ISP is throttling your bandwidth, a VPN isn’t going to help you get around that throttle.

Earlier, we mentioned a “small exception.”

This is when your ISP is only throttling access to certain websites and/or apps, for whatever reason. Because a good VPN hides your online activities from your ISP, you’ll no longer be throttled when visiting those websites and/or using those apps.

Similarly, if your connection quality drops because your regular internet signal is being interrupted for whatever reason, that will affect your VPN speed as well. This is usually a quick-fix, as all you need to do is reset your router.

While not always true, using a LAN cable to connect your device directly to the router can sometimes result in a better VPN speed than when connecting via WiFi.

Sometimes, other software and/or apps you have installed can interfere with your VPN’s performance. This could be your antivirus software doing daily maintenance scans, your firewall operating the way it’s been configured to, etc.

Ultimately, it boils down to the same thing: your device type.

You could be using the exact same antivirus and/or software on two devices, connect to the same VPN, and get different VPN speeds. Basically, it’s all to do with your device’s CPU and how much of that resource is being used by all of the software and apps you have installed.

This is more often a problem with free VPNs and free trials where there’s some kind of bandwidth limitation.

However, if there’s also a limit on which VPN servers are available to you as a free user, this can happen due to VPN server performance too.

VPN server performance can be broken up into 3 categories: quality, load, and location.

If you’re using a cheap (or free) VPN, there’s a good chance the provider is using low-quality servers.

This is basically the same as the device type issue: if the server’s resources aren’t able to properly handle VPN traffic, your VPN speed will suffer.

One of the biggest ways this plays out is through server load, also called network congestion.

Basically, the server is being forced to handle more data than it can operate optimally with. This can also be an issue with high-quality servers, though in that case it’s due to the VPN having too few servers for its users to share.

Finally, the physical location of the VPN server you connect to will also have an impact on your VPN speed.

The further the distance between your device and the VPN server, the further your data has to travel back and forth. This (together with the server load issue) is why we have a strong preference for VPN providers with big server networks (1,500-2,000+).

This isn’t typically a major factor, though.

With OpenVPN (the protocol we recommend), you can toggle between TCP and UDP if you’re looking to improve your speed. But we definitely wouldn’t ever switch to a less secure encryption standard and/or VPN protocol to get better speeds.

How Do We Test VPN Speeds?

When reviewing a VPN provider, we put it through a few tests you can easily replicate yourself. The first few aren’t directly related to VPN speed testing, but are important if you want to get accurate results.

There are a few other things we do to try standardizing our VPN speed tests so we can compare different VPNs more accurately.

Not only do we always use the same server locations, but also the same device (running on Windows 10).

In total, we do 6 VPN speed tests for each VPN location (12 tests in total): 2 in the morning, 2 in the afternoon, and 2 in the evening. This lets us test OpenVPN UDP and OpenVPN TCP alike, and the 3 time slots help to account for fluctuating network congestion.

At the end of the day, we take the BEST VPN speed result from all 12 tests and use that to calculate a speed score (see also: How We Rate VPN Providers).

Now we get to the section you’ve been waiting for – the cheat guide to finding the fastest VPN based on our tests!

We’ll start off with a more in-depth look at the top 5 fastest VPNs before introducing 5 other fast VPNs worth mentioning.

Don’t forget to stick around if you want to know what our recommendation for the best free VPN is, not only in terms of speed but overall as well. 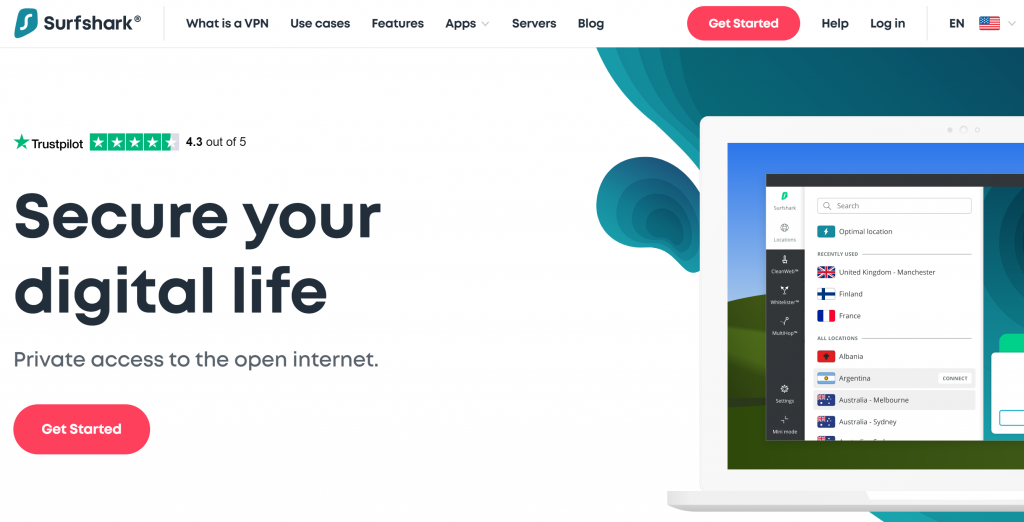 Surfshark is one of the Best Overall VPNs, so we’re not surprised it also yielded the best speed results. When doing our Surfshark VPN Review, we started with a control speed (normal connection) of 45.62 Mbps, which only dropped to 45.20 Mbps once connected.

That’s an almost non-existent speed loss of 0.9%. It’s even more impressive when you consider the fact Surfshark has a relatively small server network!

Overall, Surfshark is a great choice for speed, security, and usability alike.

Mullvad was another surprise for us, as the VPN provider has even fewer servers than Surfshark does. Our control speed when testing for our Mullvad VPN Review was 44.74 Mbps, dropping to 41.72 Mbps after connecting.

With a speed loss of only 4.5%, it’s easy to see why Mullvad is listed as the second-fastest VPN – and why it’s one of the Best Torrenting VPNs!

Overall, despite being located in a 14 Eyes country, Mullvad is a great choice for speed, security, and anonymity.

We’ll admit – it’s a bit of a surprise to have ExpressVPN only coming in at third place here. With 3,000+ servers, the provider has the second-largest server network of these 5 VPNs, but having a much larger customer base than Surfshark and Mullvad (combined!) is clearly taking its toll. 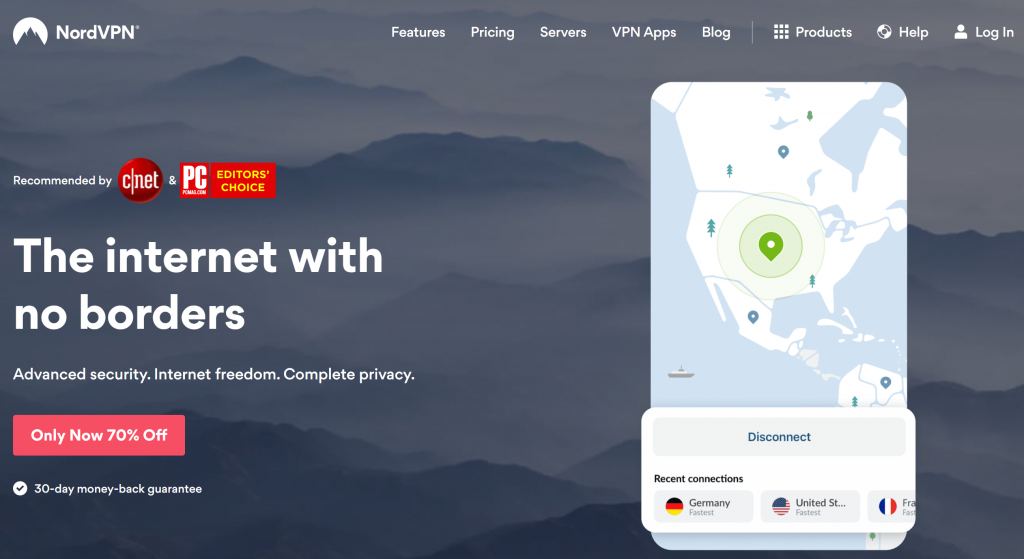 NordVPN is one of the Best BBC iPlayer VPNs – and in general! The provider also has the biggest server network in the market, with more than 5,000 servers available. So it’s a little surprising it only comes in at fourth place here.

AirVPN definitely came as a surprise to us, as the provider hasn’t featured in any of our other “Top 5” type guides. But it certainly earns its debut here, as our AirVPN Review tests showed a 12.2% speed loss from 41.65 Mbps to 47.44 Mbps.

While not for everyone, AirVPN is a great choice for advanced VPN users.

Conclusion (Plus a Free VPN) 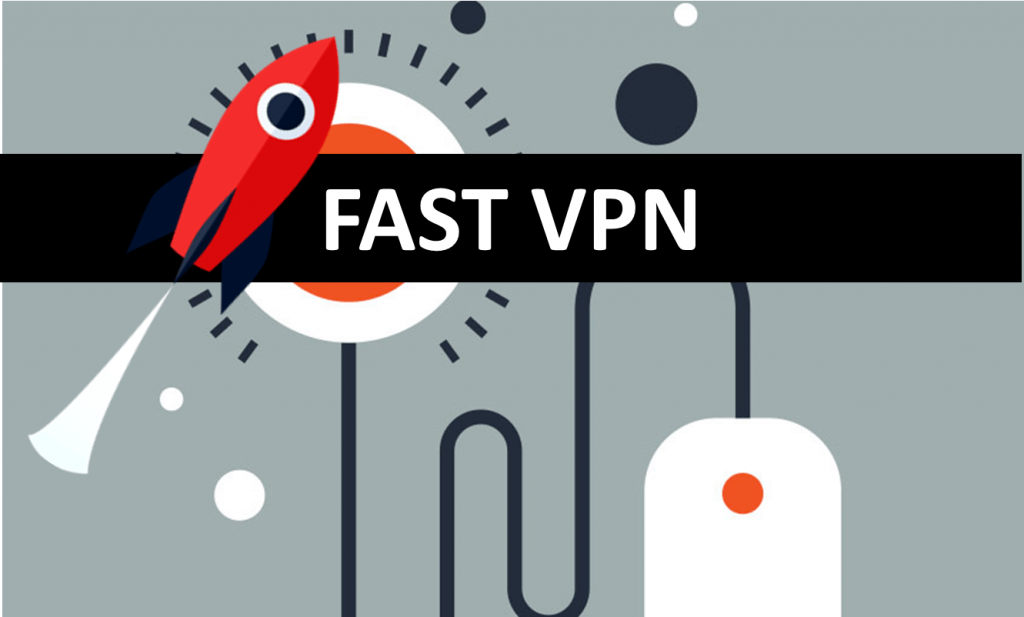 If you don’t have a few dollars to spare every month but still want to protect your online privacy, Windscribe has a free 10GB per month subscription option. Unfortunately, you need to upgrade to access the specialized streaming servers.

Our Windscribe VPN Review tests gave a control speed of 64.64 Mbps and a VPN speed of 49.30 Mbps (23.8% loss). But despite the bandwidth cap and limitation on how many Windscribe servers you have access to, it remains the most trustworthy free VPN option.

This concludes our answer to what affects VPN speeds, how we test them, and what the 10 fastest VPNs are. Don’t forget to check our blog for more helpful guides and always remember to do your own VPN comparison before you buy!