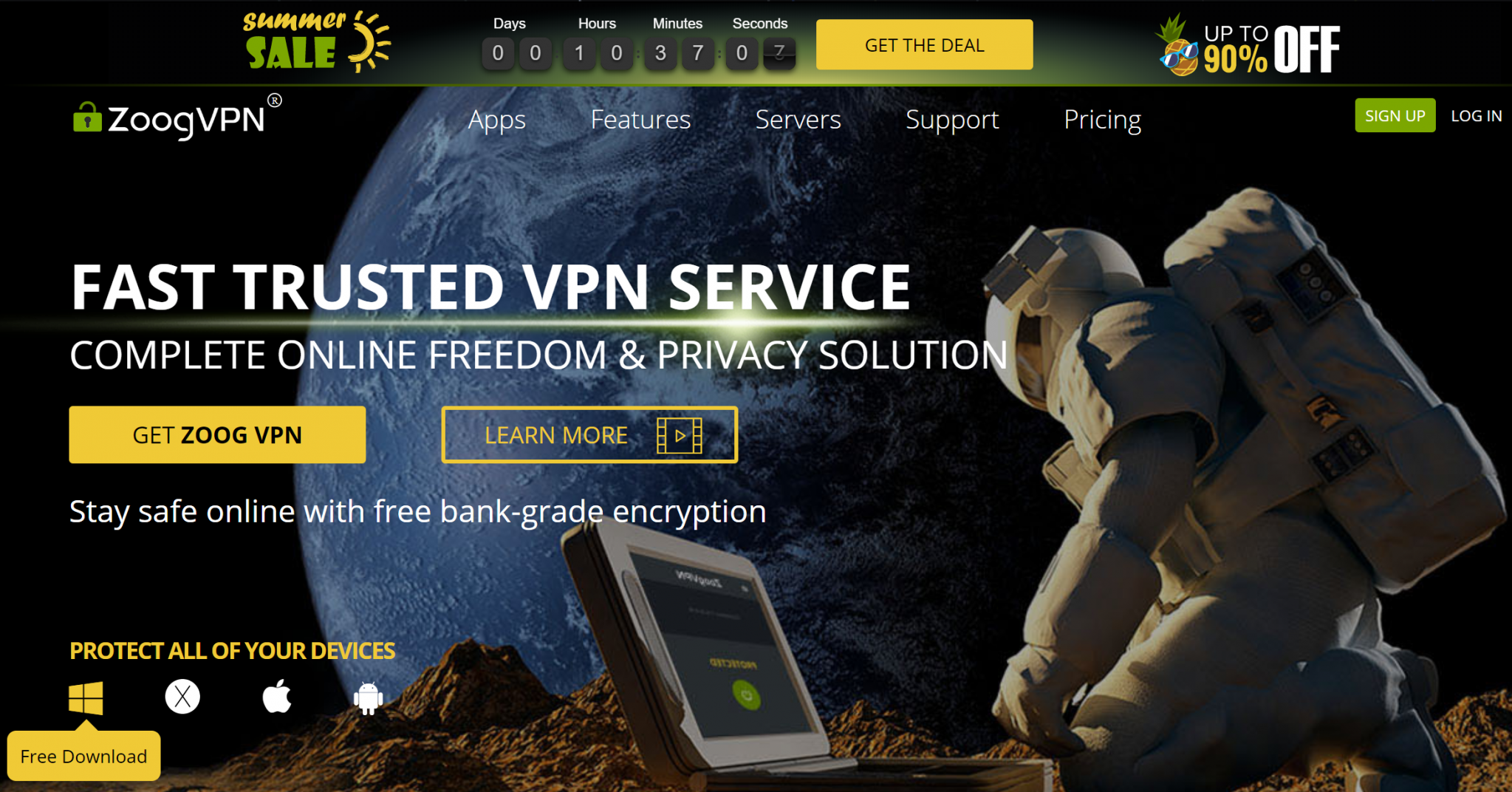 ZoogVPN, similar to most of its competitors, claims to be a lightning-fast, highly secure, and 100% private VPN provider.

But many of those competitors fail to live up to those claims.

And the question we found ourselves asking was: is ZoogVPN any different? Or is it yet another provider making empty promises while putting your online privacy at risk?

So we decided to take a look under the hood and do our own, 100% independent ZoogVPN review.

How ZoogVPN Compares to the Competition

The first thing we always look for is where a VPN provider is based.

Generally speaking, a VPN based in any of the 5/9/14 Eyes jurisdictions is one you want to avoid. This global surveillance alliance dates back to World War 2 and has been actively spying on the world’s population for decades. 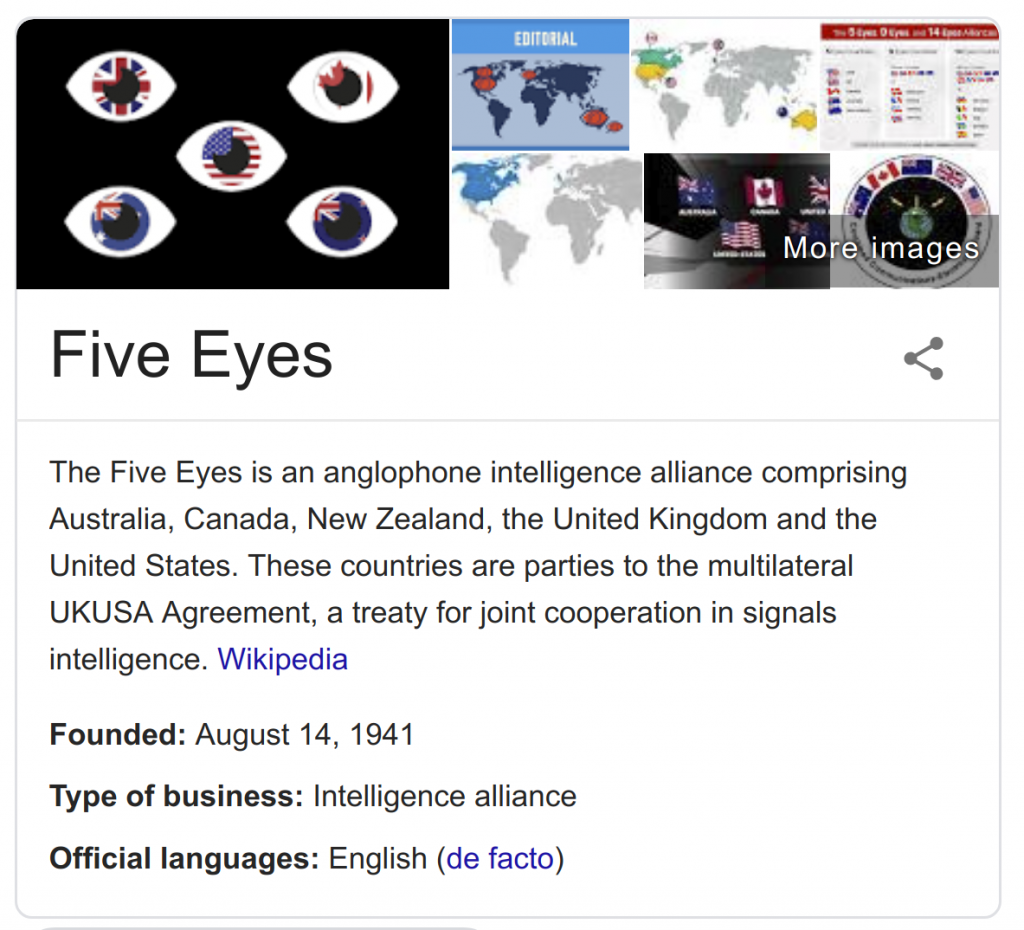 The good news is, ZoogVPN isn’t based in any of the 5/9/14 Eyes jurisdictions.

The bad news is, it’s based in Greece. The country has proven itself to be no friend to online privacy. Still, Greece is better than several shady alternatives, like one of the 14 Eyes nations, so we can’t fault ZoogVPN here too much.

ZoogVPN repeats their promise of a strict zero logs policy quite often.

Taking a look at their Privacy Policy, everything seems to match up. The provider does require a valid email address, but is also okay with you using a disposable one if you prefer.

ZoogVPN also promises not to “collect or keep any usage information on user activity, the websites or apps the user visits, timestamps, user IP addresses, or user log-in/log-out session.”

That said, they do collect bandwidth logs, which are necessary to limit their free plan’s bandwidth restrictions.

When it comes to online security, ZoogVPN takes things seriously.

All of their paid subscriptions come with 256-bit AES-CBC encryption, which is considered the military-grade industry standard. 256-bit AES-GCM would technically be even better, but it would still take a quantum computer to hack through 256-bit AES-CBC.

However, ZoogVPN doesn’t offer the same protection to those using their free version. Instead, free users get the outdated (though still fairly secure) 128-bit AES encryption standard.

When it comes to VPN protocols, ZoogVPN does pretty well too. OpenVPN and IKEv2, the best of the best, are both available, although you might need to switch the default from IKEv2 to OpenVPN. For Apple users, L2TP/IPSec provides a third-best alternative.

The only thing ZoogVPN could (and should) do to improve here is to get rid of PPTP as a protocol option. Its security level is so poor it may as well not exist – and there’s always the danger of a user choosing it without understanding why they shouldn’t.

So far, ZoogVPN’s main weakness is its location.

But a zero-logs policy, military-grade encryption, and the best VPN protocols aren’t enough – there are a few other security features we want to see our VPN using.

The first of these is the kill switch, which ensures any time the connection between our device and the VPN server is interrupted, we don’t end up leaking any information.

However, we were able to confirm it’s built into the Windows and Mac apps, although it must be manually enabled. Unfortunately, there’s no kill switch for Android and iOS users, so the provider loses some points there.

They also started out as a SmartDNS provider, so we’re not surprised to find ZoogVPN has robust IP and DNS leak protection built into their service.

We weren’t able to replicate the issue ourselves, so we’ll give ZoogVPN the benefit of the doubt here. Just be aware you’ll need to take extra precautions (like disabling WebRTC in your browser).

Confused? Check out the Beginner’s Guide to VPN Terms. 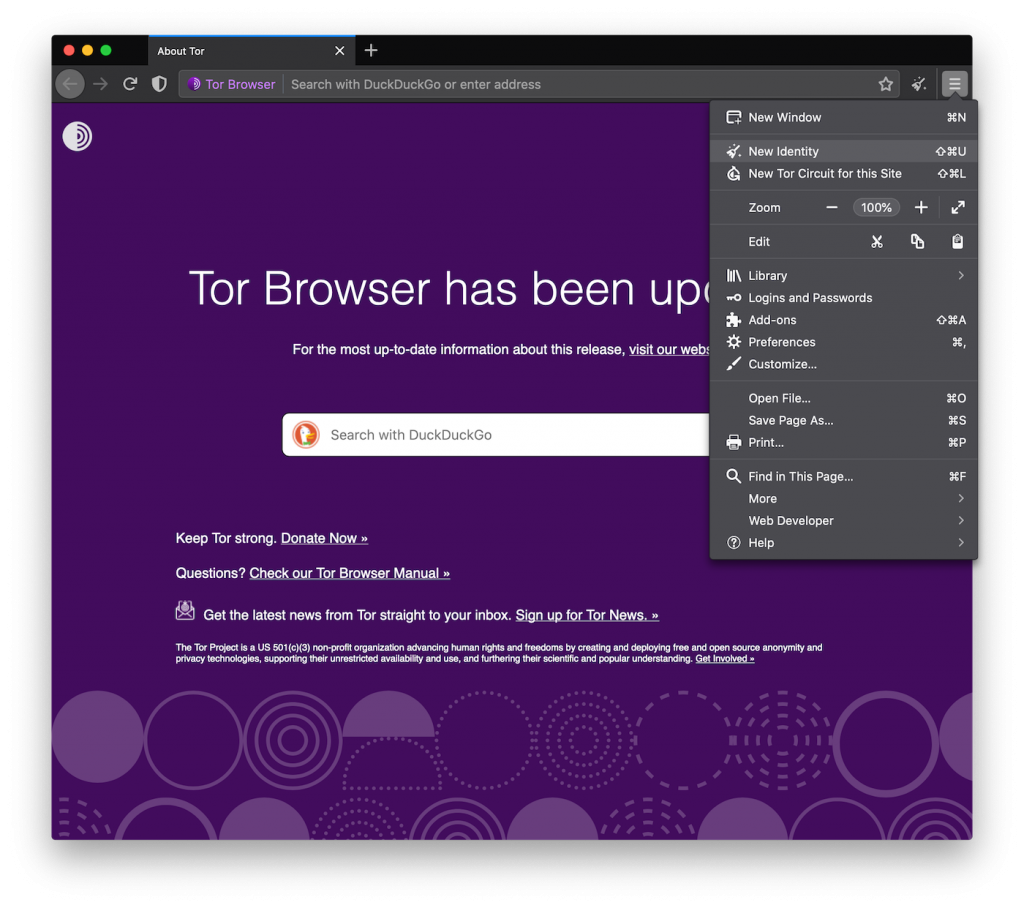 If you’re familiar with TheVPNShop.com, you’ll already know we’re a fan of using the TOR-over-VPN method. This is where you connect to a VPN service before opening The Onion Router (TOR) browser.

Using the TOR-over-VPN method does enhance your online privacy, but also comes with a few risks and a slower internet connection. Still, when your VPN provider doesn’t offer a Double VPN feature, it’s a fairly decent back-up option.

Unfortunately, ZoogVPN does not have a Double VPN feature. And while we were able to connect to the Tor Browser while using ZoogVPN, the speeds were so slow we didn’t get much browsing done.

However, if you want some added security, you can use ZoogVPN’s shadowing feature!

ZoogVPN fails to impress with their very small server network.

On their home page, the provider boasts of “1,000+ IPs in 50+ VPN locations from 26+ countries spanning across 5 continents.” But it would be more honest to say they have 48 servers (max) in as many locations from exactly 26 countries.

That’s a very small server network, which means we wouldn’t be surprised to find ZoogVPN suffers from heavy network overload during peak hours.

Speed is one of the most important aspects of a VPN. This is especially true if you’re hoping to do any streaming, gaming, or torrenting.

There are a lot of different factors that affect your internet speed while using a VPN. A few examples include your distance from the server, that server’s current load, the VPN protocol being used, what your normal internet connection speed is, and whether or not you have ads blocked.

Nevertheless, we put ZoogVPN through our usual speed tests. Here’s what we got:

Despite ZoogVPN’s low server count, we were blown away with their faster than average speeds for their US servers! 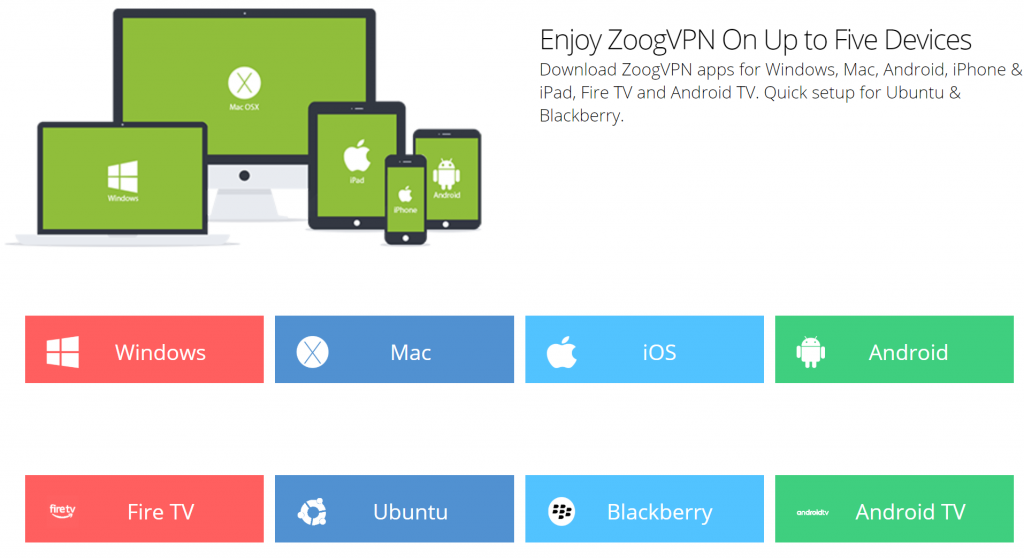 ZoogVPN has VPN apps and set-ups for the following device types:

That’s already covering most of the devices we like to see VPN providers catering for. There’s also a VPN Router set-up option found elsewhere on their site, which takes care of the rest (like gaming consoles), albeit in a round-about manner.

You also have to go text hunting to figure this out before visiting the Pricing tab, but ZoogVPN allows you to connect an unlimited number of devices to a single account.

This is pretty great, considering the industry standard is 5 simultaneous connections. So the provider definitely earns some points here.

If there’s one area ZoogVPN is hard to beat in, it’s their pricing: 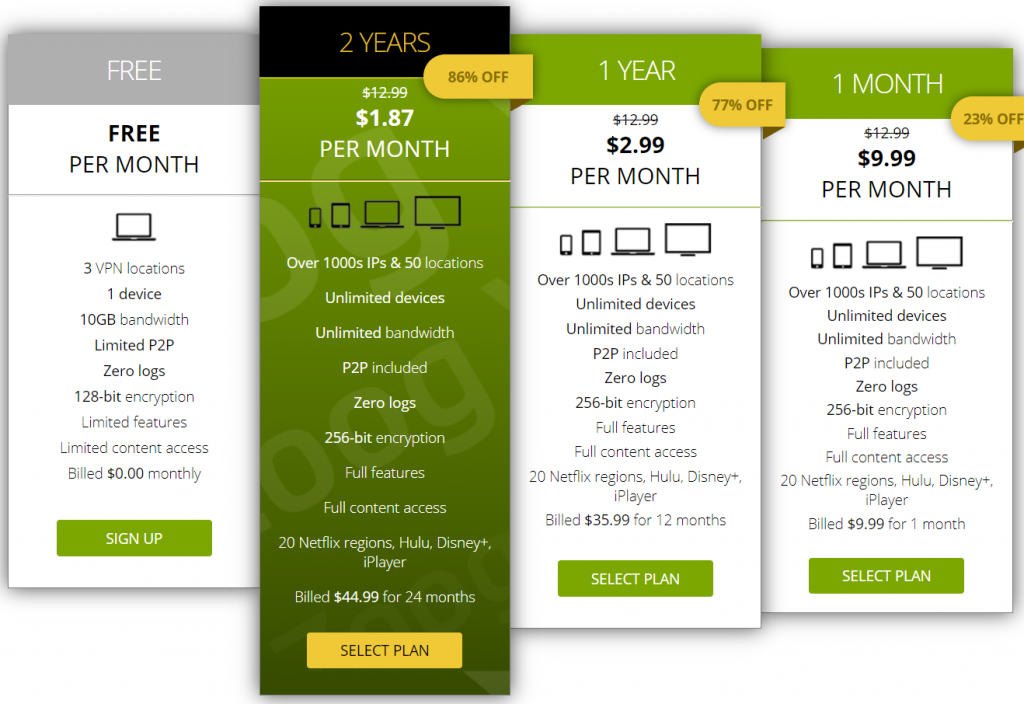 However, it’s worth noting these are the Spring Sale prices. The only usual pricing we could confirm was a 1 Month subscription typically costs $12.99.

This makes ZoogVPN very expensive for what you get. There are far superior VPN providers offering a 1 Month subscription for about the same price – in some cases, for even cheaper.

However, let’s not lose sight of the fact ZoogVPN’s long-term subscription plans are very affordable.

Another thing that we’re very impressed with is their range of accepted payment methods, which includes Bitcoin. While not perfectly anonymous, a cryptocurrency like Bitcoin is certainly far more anonymous than the other payment options, like PayPal or American Express.

Where ZoogVPN drops the ball again, however, is in their money-back guarantee only being for 7 days. This means you’ll definitely want to give their 1 Device, 10 GB, 3 VPN Server free version a go before committing to any payments whatsoever. 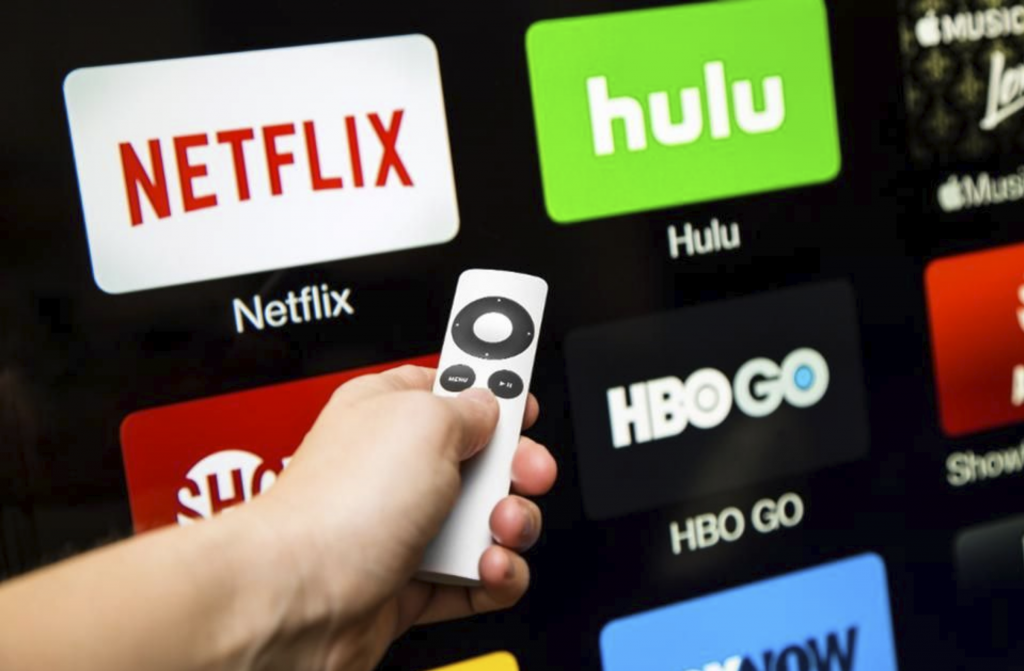 ZoogVPN makes a very bold claim: being able to unblock a whole host of online services, including streaming giants like Netflix, Hulu, and BBC iPlayer. The provider even has a Services page to list every service they claim to unblock..

Streaming services like Netflix and BBC iPlayer especially use very robust anti-VPN software to identify IP addresses being used to circumnavigate their geolocation blocks. Once an IP address has been confirmed (as best as possible) to belong to a proxy or VPN service, the streaming company blacklists it.

For fairness, we tested a few different locations, including the servers ZoogVPN marked as being for streaming. We had the most luck with their Buffalo server, which unblocked US Netflix 3/4 times we tried. BBC iPlayer was unfortunately a no-go, though.

If streaming is one of the reasons you have for wanting a VPN, we suggest checking our page to Compare the Best Netflix VPNs. 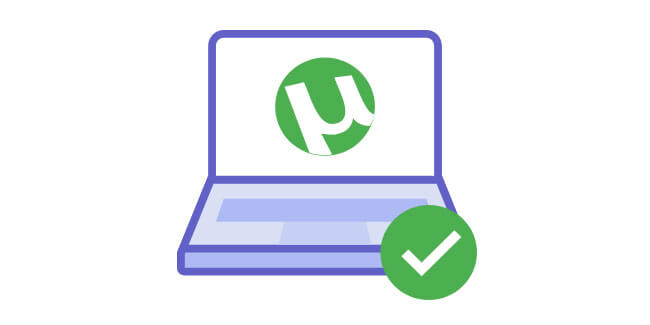 Another highly popular reason people have for wanting a VPN is to torrent.

While there are some legal gray areas, it should be noted that torrenting – connecting with other users on a Peer-to-Peer (P2P) network – has perfectly legal uses.

This is why ZoogVPN has several P2P-friendly servers available.

They’re clearly marked as such, both on the website and in the apps, and the provider does insist you only use one of these servers if you’re going to be doing any torrenting.

All told, we’re not recommending ZoogVPN as one of the Best Torrenting VPNs. But they do seem to live up to their promise at least.

ZoogVPN was very quick to download and install and it didn’t take long for us to get connected. 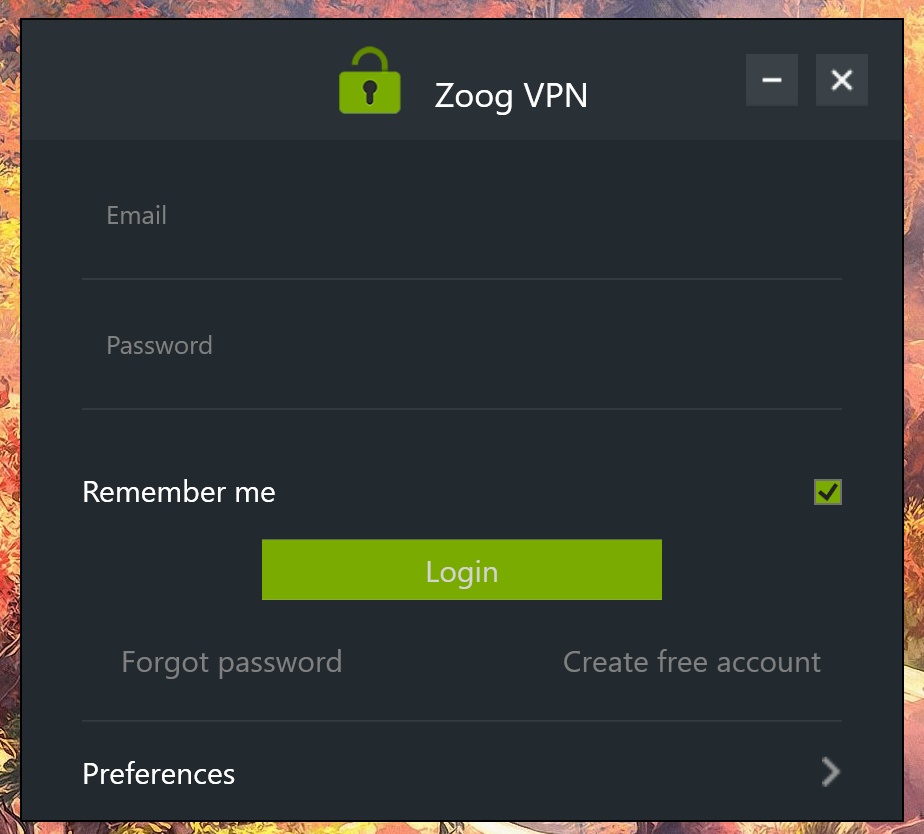 Their app design isn’t the best we’ve seen, but it’s also far from being the worst. 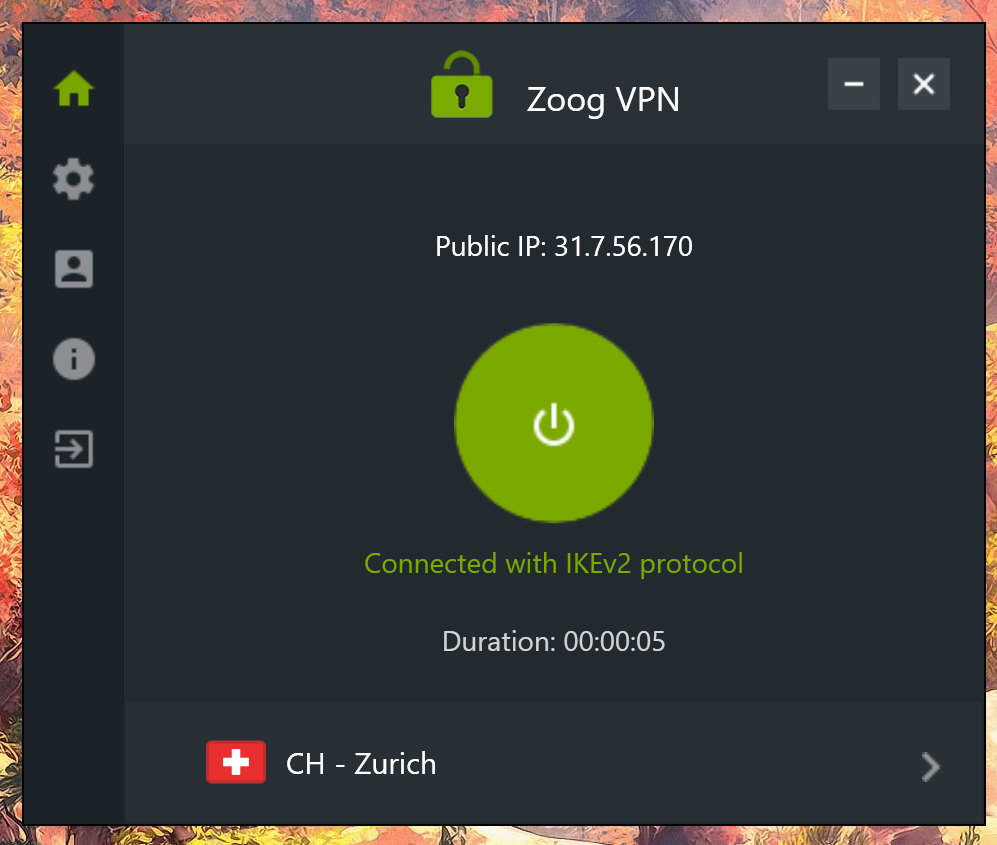 Overall, we found it easy enough to use. However, when trying to switch the default protocol from IKEv2 to OpenVPN, the app didn’t seem to want to make the switch. We were left at “downloading config” for 10+ minutes. 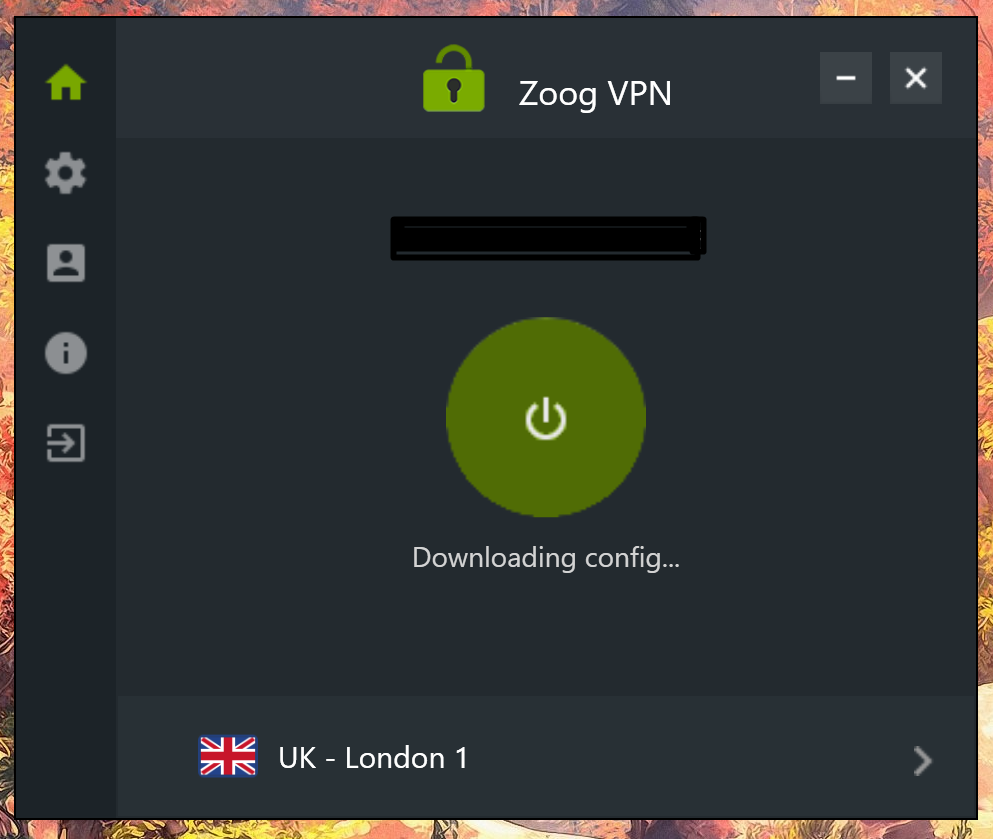 Eventually, we defaulted back to IKEv2. This issue doesn’t seem to be unique to us, but is also not extremely common, so we won’t dock points from ZoogVPN for this mishap.

Otherwise, ZoogVPN’s app is easy enough to navigate and is overall user-friendly. 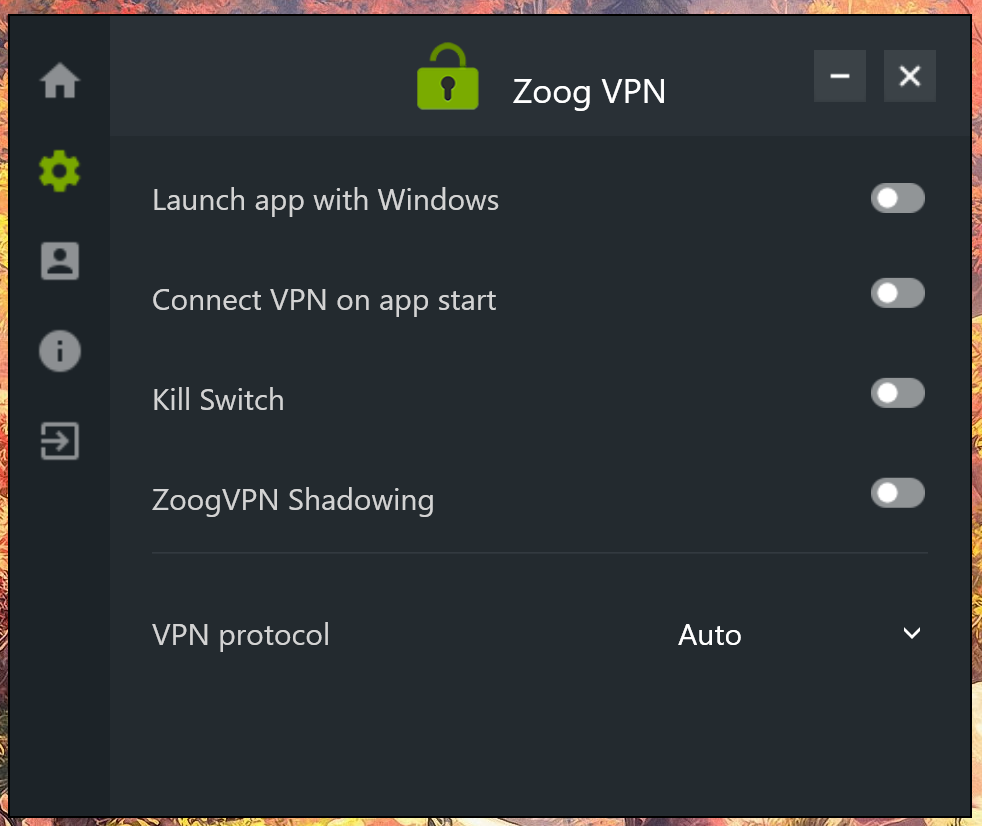 When it comes to customer support, ZoogVPN was prompt and helpful for the most part, so we can’t fault them there either.

How to Cancel ZoogVPN and Get Your Money Back

If you recently paid for a ZoogVPN subscription and you’d like to get your money back, here’s what you need to do:

However, do note ZoogVPN only offers refunds for payments made via Credit/Debit card or PayPal. You also need to request the refund within 7 days of starting the subscription and before using more than 10 GB of data.

How much does ZoogVPN cost per month?

ZoogVPN charges $9.99 for a monthly subscription. However on a longer subscription, it is available from as little as $1.87.

Does ZoogVPN work for Netflix?

When we were testing ZoogVPN, only their Buffalo server unblocked Netflix US reliably. See our full list of the best Netflix VPNs.

ZoogVPN is a 100% legitimate VPN provider and yes it is safe.

Is ZoogVPN a good VPN?

ZoogVPN is a good VPN – there are a few missing features, but not enough for it to be firmly on the “avoid” list.

Does ZoogVPN hide our IP address?

Your IP address will be hidden while connected to ZoogVPN. However, you should be aware users reported experiencing WebRTC leaks with this provider, which would also leak your IP address and DNS. It’s best to take extra precautions.

Is ZoogVPN a zero-logs VPN?

ZoogVPN is essentially a zero-logs VPN. However, they do keep aggregated upload/download information.

Can you cancel ZoogVPN anytime?

Yes, you can cancel a ZoogVPN subscription at any time. However, the provider only offers a 7-day money-back guarantee.

Is ZoogVPN safe in China?

No, ZoogVPN is not safe to use in China or any other jurisdiction with strict censorship laws.